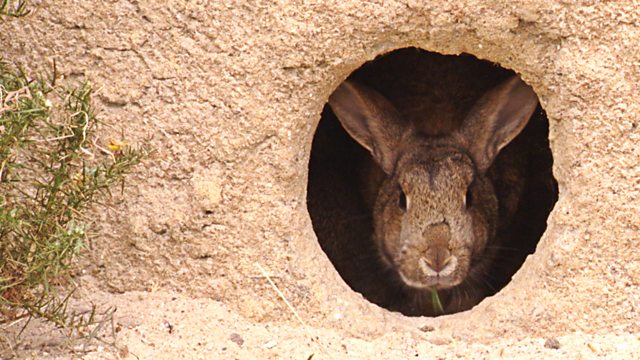 Chris Packham reveals the underground world of badgers, water voles and rabbits, creating full-scale replicas of their burrows in order to observe them fully.

Chris Packham sheds light on the magical underground world of three iconic British animals, badgers, water voles and rabbits. In one of the biggest natural history experiments ever undertaken, he investigates wild burrows to recreate full-scale replicas for the animals to live in and be observed, including the largest man-made rabbit warren of its kind ever built. This creates a window on their lives never witnessed before, from birth in winter to their emergence from the burrow in summer.

How do they create their burrows? How do they breed and give birth? Observe fascinating new science and new behaviour as the team design and build a rabbit warren, a badger sett and a water vole burrow with its own riverbank.

See all episodes from The Burrowers: Animals Underground