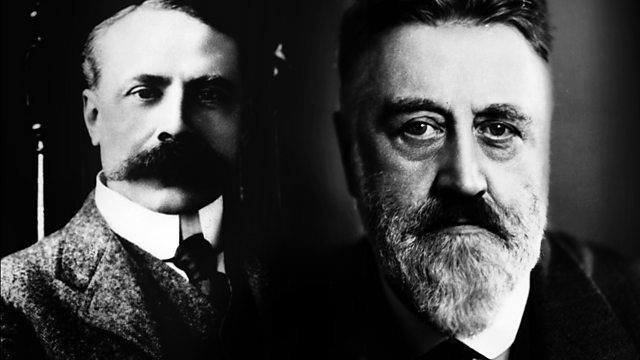 Elgar and Bantock in Birmingham

Fiona Clampin tells the story of two Birmingham University professors of music: Elgar and Bantock. Elgar was considered unsuccessful there, in contrast to Bantock.

Edward Elgar was first Peyton Professor of Music at the University of Birmingham, and he was succeeded in 1908 by Granville Bantock. Elgar's stint wasn't much of a success, his lectures were considered embarrassing. By contrast Bantock held the post for more than 20 years and made Birmingham into a real centre for music. Fiona Clampin tells the story of the passing of this chair from one to the other illustrated with the extensive collection of letters written by both men held in the archives of the Elgar Birthplace Museum near Worcester and material from the University of Birmingham's special collections.

I Will Wear the Green Willow