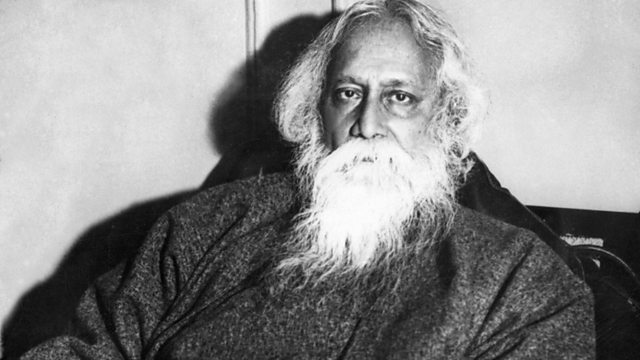 Playwright Tanika Gupta chooses as her Great Life, a man who is a hero to Bengali speakers across the World, Rabindranath Tagore.

Born in 1861, to a wealthy family in Calcutta, Tagore would be the first non-European to win the Nobel Prize for Literature, his work spanning every genre. He was also a humanist, philanthropist, and thinker, whose friends included Yeats and Gandhi.

Tagore began writing in his boyhood, and his work reflects a deep feeling for the landscape of Bengal. His plays, essays, stories and poetry quickly found a ready audience in Bengali speakers. And in 1913, when he won the Nobel Prize for Literature for his poetry collection ‘Gitanjali', or ‘Song Offerings', his reputation was established world-wide.

Tagore's brand of humanism, his anti-imperial politics, and his literature, took him around the World. It also convinced him of the dangers of European aggression and the need for Indian Independence. He died just six years before it was achieved.

Playwright Tanika Gupta joins Matthew Parris to share her deep love of Tagore's work and her early experiences of performing it. She is joined by Tagore's translator, Ketaki Kushari Dyson, to discuss Tagore's vast legacy to Bengali speakers and beyond.