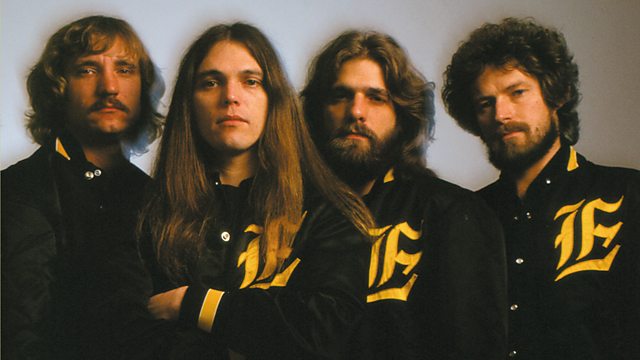 History of the Eagles

Documentary which explores the evolution and enduring popularity of the Eagles, one of America's biggest-selling and culturally significant bands.

Subtitled 'The Story of an American band', this three hour forensic documentary features rare archival material, concert footage, and never-before-seen home movies that explore the evolution and enduring popularity of one of the world's biggest-selling and culturally significant American bands, chronicling the band's creation and rise to fame in the 1970s through its breakup in 1980.

While personal stories from band members, managers, and music industry luminaries frame the narrative, it's the unexpected moments - recording sessions, backstage interactions, and even a whimsical sequence from the Desperado cover shoot - that convey the extraordinary bond linking the artists, their music, and the times (an era when country-tinged rock and finely homed harmonies spoke to a nation still reeling from unrest) and reveals the personal and professional struggles members faced while the band was apart, chronicling the group's dramatic reunion in 1994, as well as its resurgence in recording and performing throughout the next two decades.

Among the bands many achievements since reforming are its triumphant Hell Freezes Over tour, the 2007 release of Long Road Out of Eden (which sold more than 5.5 million copies worldwide and earned two Grammy Awards), and its on-going ascendance as an international supergroup. More than 25 new and exclusive interviews were conducted with all current band members - Glenn Frey, Don Henley, Joe Walsh and Timothy B. Schmit - as well as former members Bernie Leadon, Randy Meisner and Don Felder. Also featured are new and exclusive interviews with Jackson Browne, Linda Ronstadt, Kenny Rogers, Irving Azoff and many other seminal artists and band contemporaries who have been closely involved with the Eagles' history.

See all episodes from History of the Eagles 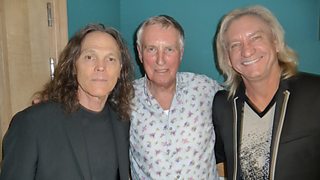 Hear interview clips with The Eagles, and see which BBC shows are playing their tracks.