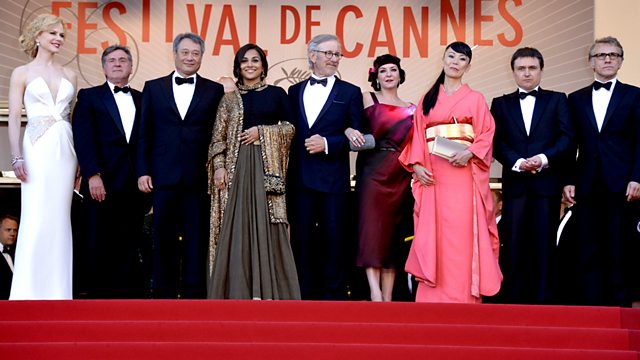 With the autumn film festival circuit about to get underway, Robbie Collin talks to Notting Hill director Roger Michell about who really benefits from the peripatetic circus. And why this director said 'non' to Cannes. And the critic Jason Solomons gives the reviewer's perspective of the scene, from the thrill of the first glimpse of a masterpiece to fisticuffs at dawn.

Marina Warner and Nick Bradshaw explore the work of the influential German animator Lotte Reiniger as The Adventures of Prince Achmed, once thought destroyed in World War II, is restored and released. The 1920s groundbreaking shadow film, handcut and manipulated, draws on the Arabian Nights for its tale of exotic lands, kidnapped princesses and flying horses.

Terri Hooley the Belfast DJ and record label entrepreneur gives his reaction to Good Vibrations, a film based on his life during the 1970s punk scene. As the man who gave The Undertones their first big break, he reflects on why it was important that this story was told by local screenwriters and cast.

And with summer blockbusters squeezing out more modest releases at the multiplexes, Jason Solomons picks out the best DVD and Blu Ray releases for the films you may have missed on the big screen.