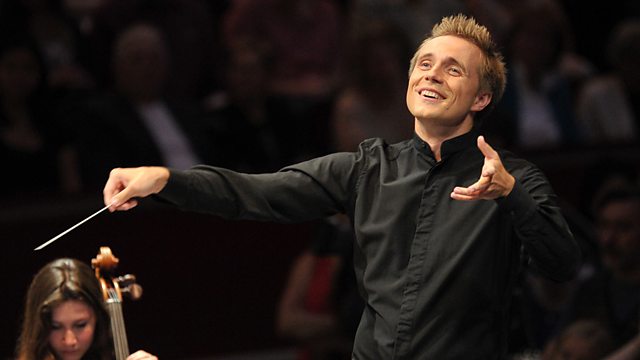 The first ever major free Prom with a host of youthful performers celebrates the bicentenary this year of the Royal Philharmonic Society with the most famous piece the Society ever played a role in commissioning - and a brand new one too. The 'most famous' is surely Beethoven's last completed Symphony, the groundbreaking Choral Symphony - for which the National Youth Orchestra of Great Britain are joined by four soloists and three youthful choirs from the UK and Ireland, including from Derry-Londonderry, the UK City of Culture 2013. The 'brand new' is by British composer Mark-Anthony Turnage, who's been 'obsessed with Beethoven from the age of 8 - what a joy, therefore, to be asked by the RPS to write a piece inspired by Beethoven's great Symphony. Beethoven is a towering figure, but I find him more inspiring than intimidating.' Turnage's title refers to the famous Beethoven Frieze created in 1902 by the Viennese artist Gustav Klimt.

An edited version of this Prom will be broadcast on Tuesday 13th August at 2pm.