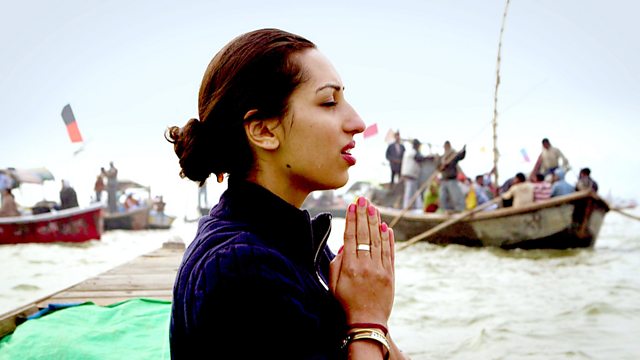 The Great Kumbh Mela is an awe-inspiring Hindu festival held every 12 years. This follows British pilgrims as they embark on a once-in-a-lifetime spiritual journey.

February 2013, Allahabad, India. Over the next 55 days, nearly a hundred million people will come here, to the Great Kumbh Mela. This incredible and awe-inspiring celebration of the world's oldest religion happens every 12 years at the place where Hindus believe two sacred rivers meet. For many Hindus this is their most important pilgrimage, and it happens at one of the most holy sites in India. Hindus come to cleanse themselves in the sacred waters of the river Ganges, to pray and emerge purified and renewed.

This follows British pilgrims as they embark on a once-in-a-lifetime spiritual journey. A journey that will take them into the heart of Hinduism - its philosophy, its beliefs and its traditions. A journey that will culminate in the largest ever gathering of humans in one place.