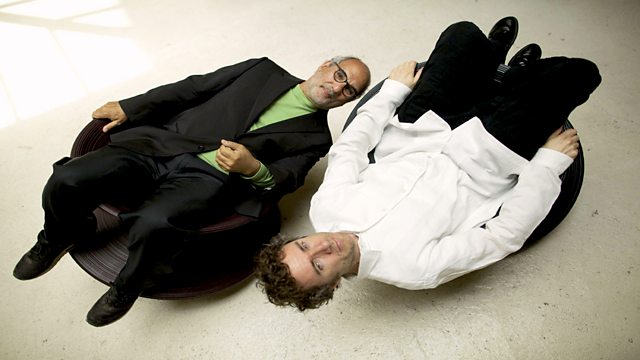 Documentary following the designer Thomas Heatherwick - whose recent triumphs include the cauldron for the 2012 Olympic Games, as he attempts his most ambitious project yet.

Alan Yentob witnesses the birth of an idea at the hands of the designer, creator, and some call 'inventor' - Thomas Heatherwick - whose recent triumphs include the remarkable cauldron for the 2012 Olympic Games and the provocative redesign of the London double decker bus.

Gaining a reputation as a maverick who defies commission briefs to come up with extraordinary creations - everything from dizzying chairs resembling oversized spinning tops, to a bridge that curls into a ball, and to the giant 'hairy' cube he built to represent Britain at the World Expo, Thomas is now incubating his most audacious plan for London yet.

With access to Thomas, his creative team and Joanna Lumley, who brought him this latest idea, the film follows their daring proposal to float a garden across the river Thames. Will the man who Terence Conran labeled the 'Leonardo of our times'... deliver the wonder again?

See all clips from The Unstoppable Thomas Heatherwick (3)