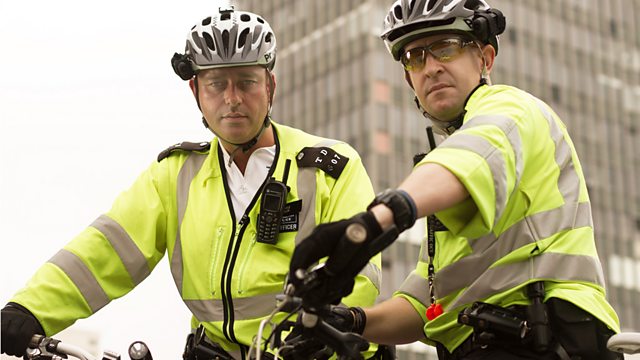 A look at how plans are being made for London's already congested roads to be able to cope with the two million people expected to move to the city by 2030.

A million more people than anticipated have settled in London in the last decade. Now Transport for London predicts that there will be a further two million people - the equivalent of two Birminghams - by 2030. With the roads already at capacity, how will they cope and what is the congestion doing to our behaviour?

Michele Dix, TfL's head of planning, sets about trying to get people out of cars and on to bikes and buses. A new police Cycle Task Force has been set up to encourage cycling, but it also cracks down on the epidemic of cyclists jumping red lights at Elephant and Castle. Buses are one answer, but some routes are full up. Bernie drives the 343 bus route in South London, where passengers battle every day to board the city's most overcrowded bus.

To try to keep the roads moving, CCTV cameras crack down on rulebreakers, with Graham watching out for cars sitting in yellow box junctions for too long and fining them. Meanwhile Chas from the Roads Policing Unit stakes out a notorious traffic jam which rogue motorists are trying to escape by going off-road, taking a shortcut across a grass verge. There is also a look at the secret supercomputer that controls many of the city's traffic lights.

See all episodes from The Route Masters: Running London's Roads