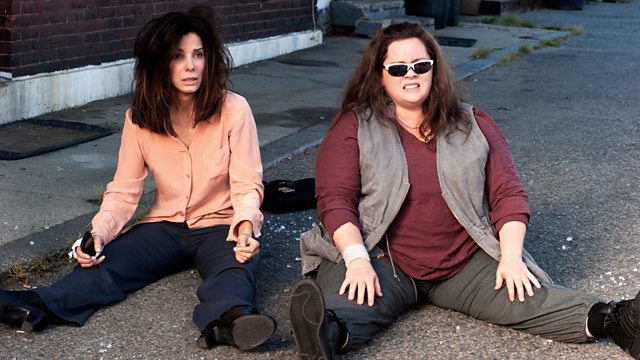 The Heat is the latest gross-out comedy from Paul Feig, the director of Bridesmaids. It stars one of its alumni, Melissa McCarthy, as an unorthodox cop who has to team up with an officious, highly strung FBI agent, played by Sandra Bullock. Critic Jane Graham delivers her verdict on this odd couple comedy.

Catherine O'Flynn won the Costa First Novel Award in 2008 with her book What Was Lost, set in and around her native Birmingham. Her new novel, Mr Lynch's Holiday, focuses on a decaying new development in Spain. Among the British ex-pats scratching a living there is Eamonn, who is taken by surprise when his father - a retired Birmingham bus driver - turns up out of the blue. Catherine O'Flynn reflects on her choice of locations and her research trips to a Birmingham bus garage.

Milton Jones is a stand up comedian best known for his dead pan one liners, zany shirts and sticky-up hairdo. As he prepares to take his current touring show to the Edinburgh Festival, he talks to Kirsty about life on the road, his grandfather and how Mock the Week really works.