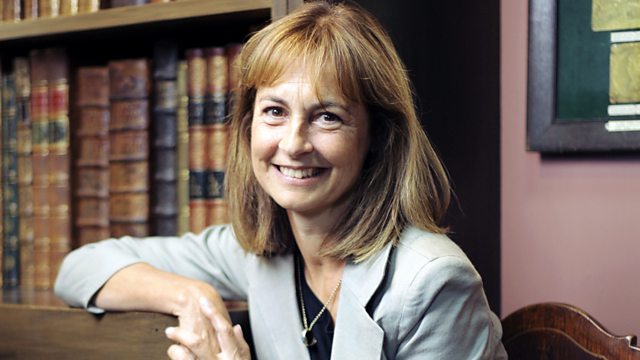 Bought with Love: The Secret History of British Art Collections
Episode 1 of 3

Helen Rosslyn reveals the influence of the 17th-century British pioneer collectors such as Thomas Howard and how the Whitehall Group brought a taste for the Baroque.

Britain's country houses are home to astonishing world-class art collections full of priceless old masters and more. In this three-part series art historian Helen Rosslyn opens the doors of some of our most impressive country houses to tell the story of how so many great paintings came to Britain and of the adventurous men and women who brought them here.

In the first episode she reveals the immense influence of the 17th-century pioneer collectors such as Thomas Howard, the 'Collector' Earl of Arundel, King Charles I and his entourage known as the Whitehall Group. Rosslyn explores how this group also brought a taste for the Baroque to Britain, commissioning continental artists such as Rubens, Van Dyck and later Antonio Verrio.

Featuring Verrio's extraordinary Hell Staircase at Burghley House in Cambridgeshire, as well as highlights from the collections at Arundel Castle in Sussex and Wilton House in Wiltshire, the series offers not only a visual treat but a surprising narrative to our national treasures.

See all episodes from Bought with Love: The Secret History of British Art Collections