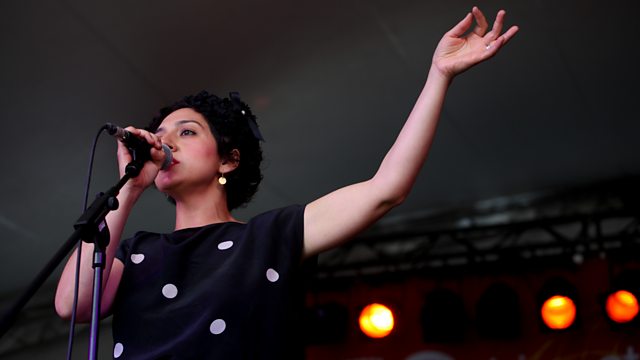 Lopa Kothari is joined by Lucy Duran and Mary Ann Kennedy for the first of a weekend of broadcasts from the globe's leading festival of world music, live from the festival site in Charlton Park in Wiltshire. Afrobeat stars Seun Kuti and Egypt 80 headline on the Open Air stage, and on Radio 3's own stage comes Croatian turbofolk-punk band Zykopops. Plus Greek rembetika songs from Mavrika, Louisiana cajun sounds with Steve Riley and the Mamou Playboys, tunes from the Isle of Man from Barrule, and Poland meets Mongolia with Urna Chahar and Kroke. Plus interviews and truck sessions, starting off eight hours of live broadcasting from WOMAD.

See all episodes from WOMAD

See all clips from Seun Kuti and Zykopops (2)