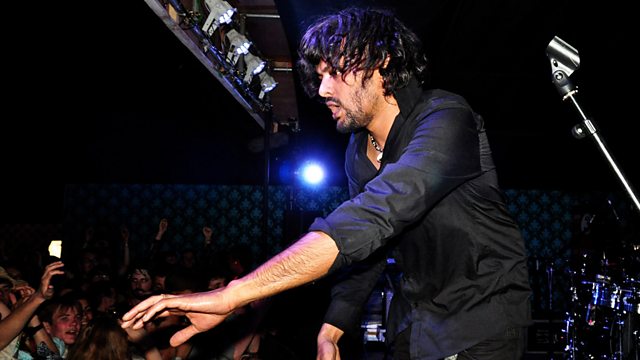 Max Reinhardt presents highlights from the Late Junction stage at the 2013 Latitude Festival, with live sets from Electric Jalaba, Richard Dawson and Melt Yourself Down.

Max Reinhardt presents highlights from the Late Junction stage in the Lavish Lounge at the 2013 Latitude Festival.

Newcastle's skewed troubadour Richard Dawson brings an intense soaring slant to traditional songs of the North East, with a voice that cracks and soars in equal measure.

Melt Yourself Down (pictured) conjure a post-punk jazz future with music hewn from North African deserts and the New York underground, that explodes onstage into a tropical storm.

Max also heads off around the site to meet festival goers and performers from across the artforms that make the festival unique, including sound-artist Nick Franglen and folk legend Richard Thompson.

Yo La Tengo also visited our truck to record a special acoustic session of melodic noise for Late Junction.