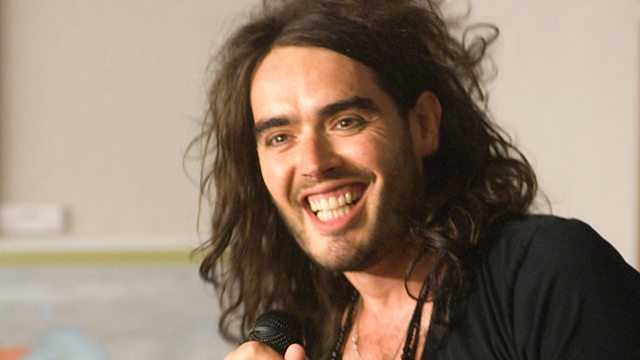 Comedian and actor Russell Brand is interviewed by Kirsty Young.

Actor, comic, writer, Russell Brand is a compelling cultural phenomenon who in 2006 was, in his own words, "plucked from a life of hard drugs and petty crime and rocketed into the snugly carcinogenic glare of celebrity."

Along with an athletic wit and a florid turn of phrase he specialises in going too far - reckless acts of self-destruction and a degree of chaos seem to be his companions along life's winding path. It's been five years since he rocked the foundations of the BBC with what became known as the Ross Brand scandal. He's since gone on to international success with a movie career, best-selling books and all the trappings of life on the "A" list.

His most recent notable appearances have included testifying to a Parliamentary Select Committee on the importance of funding for drugs rehabilitation programmes and an appearance as a panellist on Question Time.

See all clips from Russell Brand (3)