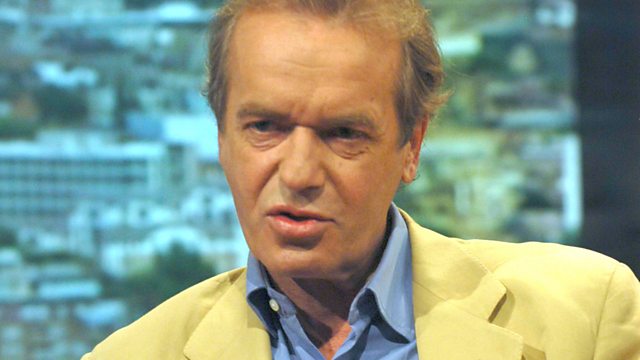 Meeting Myself Coming Back Series 5
Episode 1 of 3

4 Extra Debut. Writer Martin Amis meets his younger self via the BBC Archives and discusses his reactions with John Wilson. From July 2013.

From debut novelist to outspoken critic, the writer Martin Amis meets his younger self in the BBC sound archive and discusses his reaction to what he hears with John Wilson.

Martin Amis achieved success at a young age. His debut novel "The Rachel Papers", written in his 20s, won the same prize that had been awarded to his father Kingsley Amis. His success as a writer has continued with novels including "Money" and "London Fields" and collections of journalism and essays.

But the real life of Martin Amis has prompted as many headlines as his fiction. With stories about his earnings, his teeth, and more recently his views on Islam and elderly people, his name has regularly appeared in the papers and his opinions have often been controversial.

In the first of a new series of "Meeting Myself Coming Back", Martin Amis hears clips from key moments in his life and discusses his reaction to them with John Wilson. In an honest and penetrating look back at his career, he discusses his achievements and his mistakes.