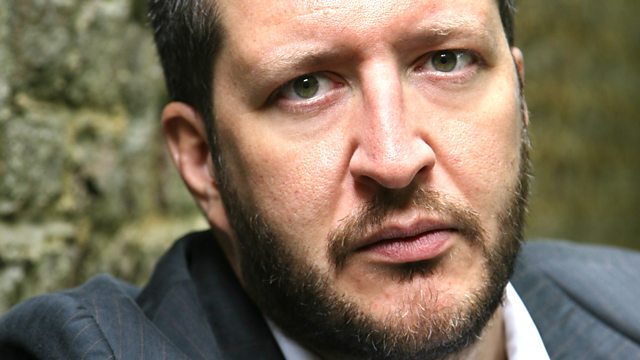 Live from the Royal Albert Hall, London, Thomas Ades conducts the BBC Symphony Orchestra in the world premiere of his work Totentanz. With Christianne Stotijn and Simon Keenlyside.

The BBC Symphony Orchestra live at the BBC Proms perform music by Britten and Lutosławski, alongside the premiere of a new work by tonight's conductor, Thomas Adès

Britten's Sinfonia da Requiem opens a programme of testimony and remembrance. Former BBC SO Principal Cellist Paul Watkins is the soloist in Lutosławski's bleak and beautiful Cello Concerto, composed for and dedicated to Mstislav Rostropovich in a period of violent protest and political repression in Poland.

Thomas Adès conducts the BBC Symphony Orchestra and soloists Christianne Stotijn and Simon Keenlyside in the world premiere of his Totentanz, a commission in memory of Lutosławski, which sets an anonymous 15th-century text that accompanied a frieze destroyed when Lübeck's Marienkirche was bombed in the Second World War.

This Prom will be repeated on Sunday 21st July at 2pm.