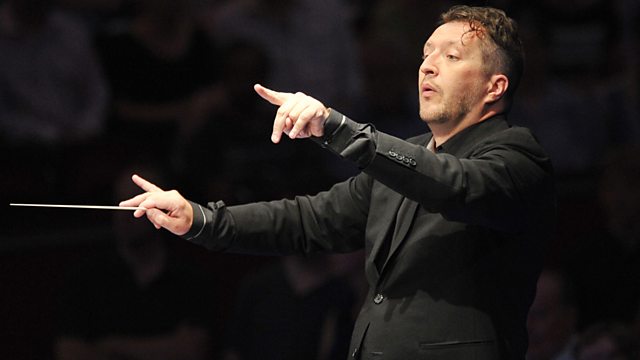 The BBC Symphony Orchestra live at the BBC Proms perform music by Britten and Lutosławski, alongside the premiere of a new work by tonight's conductor, Thomas Adès

Britten's Sinfonia da Requiem opens a programme of testimony and remembrance. Former BBC SO Principal Cellist Paul Watkins is the soloist in Lutosławski's bleak and beautiful Cello Concerto, composed for and dedicated to Mstislav Rostropovich in a period of violent protest and political repression in Poland.

Thomas Adès conducts the BBC Symphony Orchestra and soloists Christianne Stotijn and Simon Keenlyside in the world premiere of his Totentanz, a commission in memory of Lutosławski, which sets an anonymous 15th-century text that accompanied a frieze destroyed when Lübeck's Marienkirche was bombed in the Second World War.

This Prom will be repeated on Sunday 21st July at 2pm.