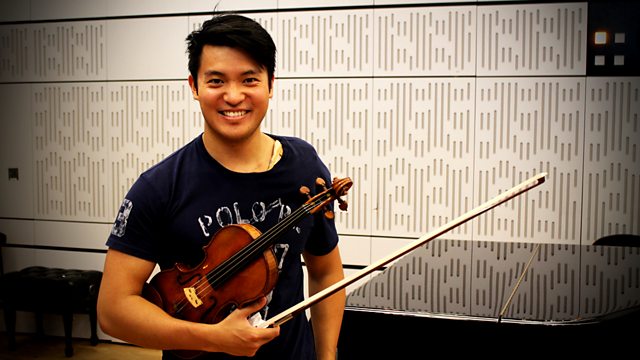 Suzy Klein's guests today include English conductor Jonathan Nott, who will be at the helm of a BBC Prom tonight with the Bamberg Symphony Orchestra of which is he Principal Conductor. Also taking part in the Proms, baritone Iain Paterson who visits the studio ahead of his appearance as Wotan in Wagner's Das Rheingold with Staatskapelle Berlin and Daniel Barenboim.

There will be live music from young violin sensation Ray Chen, winner of the 2008 Yehudi Menuhin Competition. He'll be playing live in the studio ahead of his debut at London's Wigmore Hall. Plus, live music from the enterprising London-based minimal opera company Pop-Up Opera.

Live from the Royal College of Music