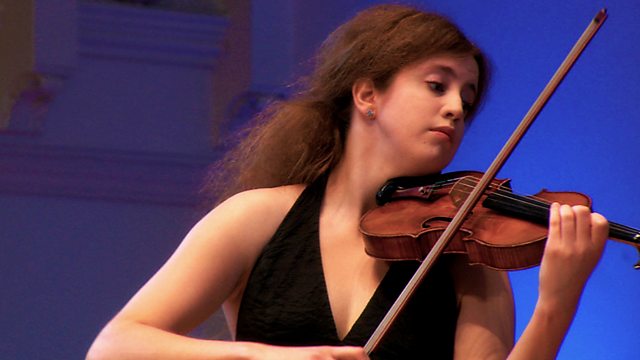 Vilde Frang and Michail Lifits live at the BBC Proms with music by Ravel, Mozart, and the Partita by one of this year's featured composers, Lutoslawski.

Petroc Trelawny introduces the first of this year's Proms Chamber Music concerts, live from Cadogan Hall in London. The charismatic young Norwegian violinist Vilde Frang makes her Proms concerto debut with the BBC Philharmonic later in the season, but today performs two of the best-loved chamber works in the repertory - Ravel's jazz-influenced work written in the 1920s, and Mozart's great sonata of 1781. And a rare chance to hear the expressive Partita by Witold Lutoslawski, whose centenary is celebrated across the Proms this year.

See all clips from PCM 01: Ravel, Mozart and Lutoslawski (3)