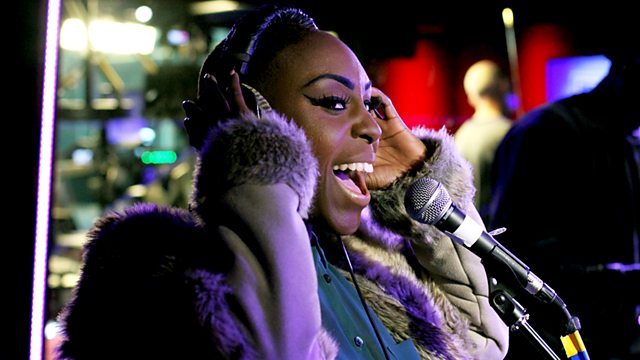 Holly Jacobs believes her ex-boyfriend is responsible for posting naked photos and explicit videos of her online without her consent, an allegation he strenuously denies. Holly believes that in order to seek revenge and publicly shame her he posted the photos on hundreds of sites alongside her name, email address and details of her work. Holly felt so tormented she had to quit her job. However, she has now waived her anonymity to speak out and file a criminal suit against her ex for cyber stalking. He is defending the action. Jane is also joined by Ellie Hutchinson, a Scottish Women’s Aid prevention worker, who has set up a campaign to stop revenge porn in Scotland and Professor Julia Hörnle, from Queen Mary, University of London, who reveals whether it is a growing problem in the UK.

Justine Greening has been a member of David Cameron’s cabinet since 2011, first as Transport Minister and from September 2012 as Secretary of State for International Development. She is in control of a budget of £7 billion pounds and  she has just returned from Pakistan and Lebanon where she has been meeting refugees from the Syrian crisis.

Since last December, a Canadian indigenous movement, Idle No More, set up by four women, has been making  headlines with flashmobs, blockades, hunger strikes, epic treks. The protests started after the Government announced legislation which activists believed would affect the rivers on what are now called First Nation lands.   Although Canada has huge natural resources – from minerals to timber – the First Nation people claim that the wealth is not shared with them, and their lands are often badly affected by logging and mining.  Sian Griffiths reports

This time last year the musician Laura Mvula was an unknown, stage-shy receptionist with a classical music training. But in the last few months she has enjoyed a rapid rise to fame and resounding critical acclaim. Tipped as a hot new talent in the BBC Sound of 2013 poll, she was also nominated for the BRITs Critics‘ Choice Award, following in the steps of Adele, Jessie J, Florence Welch, and Emeli Sandé. Her debut album Sing To The Moon showcases her original and unique sound – a sound which is hard to define and hints to her classical training and love of jazz. Laura Mvula joins Jane Garvey to talk about her launch into the musical spotlight, and to play her song 'She' live in the studio.