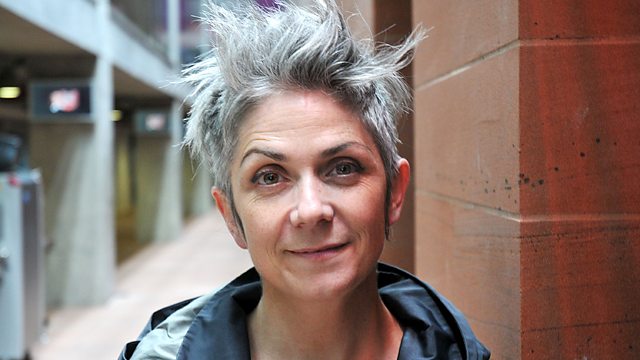 Shereen Nanjiani sits in for Janice and is joined by Scottish crime writer Denise Mina to discuss her new novel The Red Road.

Scottish crime writer Denise Mina joins us to discuss her new novel The Red Road. A real page turner, it's her 4th book to feature DI Alex Morrow. She'll delight us with a reading and tell us what it's been like bringing the detective back to life.

Still Sounds is a specially commissioned sound installation for the Scotland Street School Museum in Glasgow. Culture Studio reporter Bronwen Livingstone went to meet the artist, Margaret Moore and some of the former pupils who contributed to the work.

A head of tonight's performance at St Andrews in the Square, Nashville based singer -songwriter Matthew Perryman Jones shares his secrets about the town and treats us to a song.

We hear from Dutch violinist and composer Andre Rieu best known for creating the waltz-playing Johann Strauss Orchestra ahead of their Maastricht concert, which this year will be shown in cinemas throughout the world. Affectionately called "The King of Waltz" he's sure to keep Shereen on her toes.

The East Neuk Festival kicks off today and this year's writing & ideas strand of the festival (Littoral) is celebrating a new wave of nature writing with authors and poets inspired by nature and the environment. Shereen welcomes nature writer Gavin Francis and co-curator Jenny Brown on the show to explain why nature writing is soaring in popularity.

And Hollywood actor Jim Carey has taken to twitter to announce he has turned his back on his latest film Kick Ass 2 because it's too violent. Does Jim have a point? Shereen's joined by Rev Phillip Blackledge and movie critic Stephen Carty to discuss whether actors are allowed to grow a moral compass overnight and what are the implications if they do.