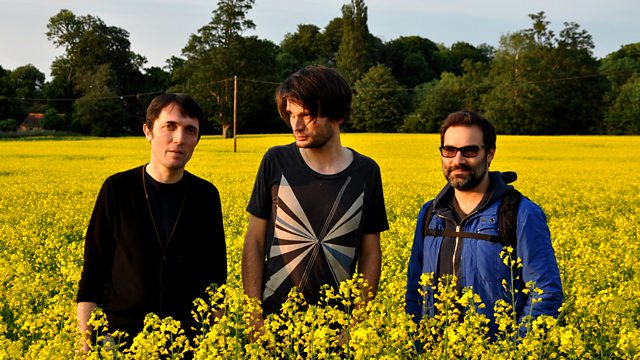 Radiohead's Colin Greenwood sits in for Jarvis Cocker and is joined by his brother Jonny Greenwood for a musical throwdown compered by Adam Buxton.

Colin Greenwood of Radiohead curates the first of three shows whilst he sits in for Jarvis Cocker on the Sunday Service.

Colin invites his brother Jonny Greenwood along for the first show as they re-enact their post-gig tourbus throwdown. As they travel between concerts, each one takes it in turn to play an influential and much loved tune in the hope that it's universally appreciated.

Adam Buxton is along for the ride in necessary role of compere and tour manager.

Colin Greenwood was the founding member of Radiohead along with singer Thom Yorke. The band have released 8 albums to date and have sold more than 30 million albums worldwide.