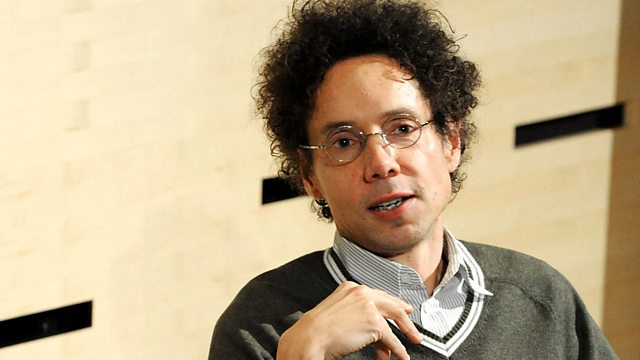 Tim Harford is joined by Malcolm Gladwell for the first in this new series of talks inspired by ideas in anthropology and the social sciences.

Following on from his earlier Radio 4 series 'Pop-up Economics', Tim and the others use key ideas in anthropology and the social sciences to tell fascinating stories about how we - and the world - work.

The talks are recorded in front of an audience at the Southbank Centre in London.

Malcolm Gladwell, staff writer at the New Yorker and best-selling author of books such as The Tipping Point and Outliers, tells an extraordinarily powerful story about how listening more carefully might have shortened the Vietnam War.

One of the world's most influential counter-insurgency experts, David Killcullen, whose ideas were described by the Washington Post as 'revolutionizing military thinking throughout the West', talks about how future instability will emanate from rapidly-growing coastal megacities.

The financial journalist Gillian Tett describes how her background in anthropology led her to predict the financial crisis in 2008.

Tim Harford explores the concept of 'The Tragedy of the Commons' - a term coined by the American ecologist Garrett Hardin in a hugely influential 1968 essay.

Tim compares Hardin's work to that of the American political economist Elinor Ostrom, to reflect on the impact of mankind on the world around us.

Gillian Tett: The Anthropology of Finance—Series 1