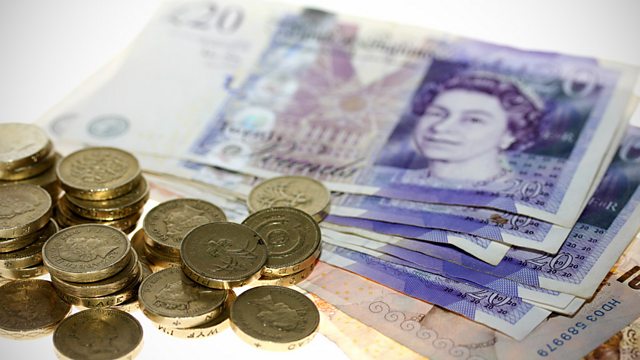 They're Coming for Your Money

Paul Johnson of the Institute for Fiscal Studies argues that taxes look set to rise, despite further spending cuts, and finds out which ones are likeliest to go up and who will pay.

Paul Johnson, the director of the widely-respected independent Institute for Fiscal Studies, has been looking at the latest projections for how much the government will spend in the next five years and how much revenue it will receive. Despite the recent announcement of further cuts in spending, tax rises look difficult to avoid.

Paul explores the reasons for this gap in the budget and asks what taxes could help to fill it. With tax avoidance and evasion now at the top of world leaders' agendas, he asks if the increasingly tax-averse companies sector can be made to pay more and how much the rich and wealthy could contribute. He also considers the taxation of our houses and pensions and whether more will be taken from them.

Then he focuses on the three levies which contribute the lion's share of government revenue - income tax, national insurance and VAT - and, with politicians, economists and tax experts, finds out how much we are all - young and old, better and worse off - likely to pay. He also drops in on a young family in Norfolk to discover what taxpaying voters think of the choices and what they will be expected to pay.

Syria and the New Lines in the Sand

Scottish Nationalism: From Protest to Power