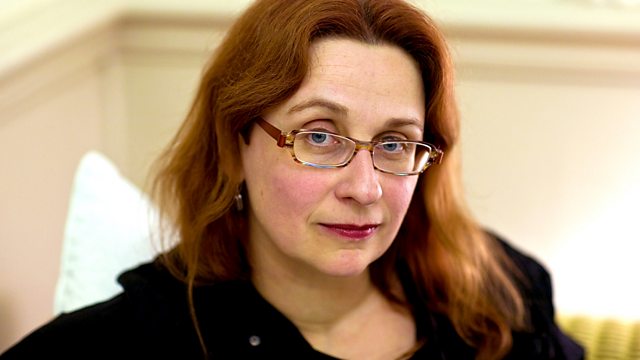 Audrey Niffenegger talks to James Naughtie about her bestselling novel The Time Traveler's Wife, a love story about a man with a gene that causes him to involuntarily time travel.

It's a romantic story about a man - Henry - with a gene that causes him to involuntarily time travel, and the complications it creates for his marriage to Clare.

The book opens when they meet in a Chicago library, and they both understand that he is a time traveller. But Clare knows much more than this about him as he has not yet been to the times and places where they have met before, and she remembers him from when she was just six years old.

He falls in love with her, as she has already with him, but his continuing unavoidable absences time travelling - and then returning with increasing knowledge of their future - makes things ever more difficult for Clare.

Audrey Niffenegger explains how she created a set of rules for the book, such as there would be no sex between the couple before Clare reaches 18; and how Henry's disorder is genetic rather than magical, meaning that when he time travels he arrives naked and with no money or useful possessions.

She also talks about the morality of her tale - the consequences of Henry's criminal behaviour, and how she dealt with a male character who effectively moulds the character of Clare as she grows up.