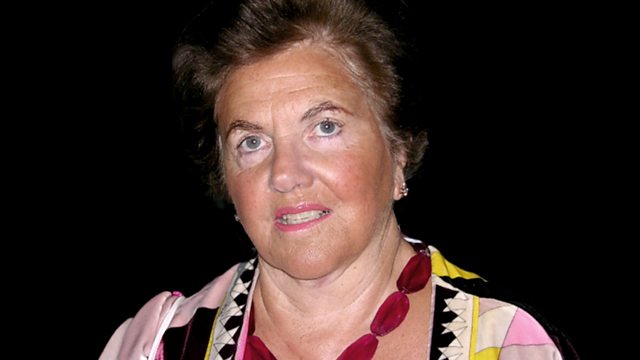 Kirsty Young's castaway this week is the cardiologist Jane Somerville.

Now an Emeritus Professor in her discipline at Imperial College London she's gained a worldwide reputation for her pioneering work on congenital heart disease.

She began studying medicine in the early 1950s when only a very few women were admitted through the doors of medical school. Since then she's been responsible for ground-breaking advances in cardiovascular treatment and founded the World Congress of Paediatric Cardiology.

She had something of a role model in her mother, a hard-working, clever, successful woman too. Her early years as a pupil at a boys' school in Wales must also have prepared her for making her way in such a heavily male-dominated profession.

She has a reputation for being straight-talking, and her late husband used to urge her to be more "prudent", but, she says, "it wasn't fun to be prudent: it was much more fun to be mafioso and naughty."