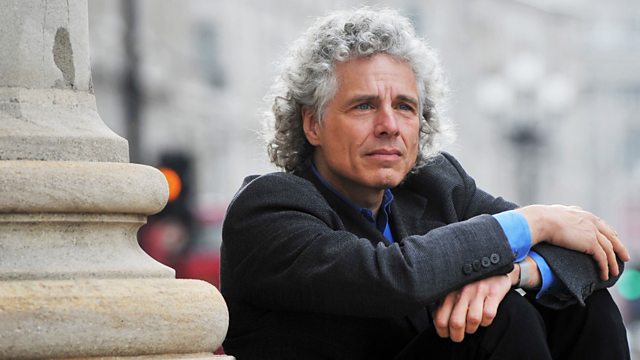 An author and Harvard professor he's been named by Time Magazine as one of the world's 100 most influential scientists and thinkers.

The psychology of violence and where language comes from are just two of his specialist subjects. Bill Gates is officially a fan, the man who sends him hate mail related to his work on irregular verbs is not. It would seem that whenever he publishes yet another best-selling book controversy is never far behind - his recent contention that we live in an "unusually peaceful time" drew opprobrium from many quarters.

Born and brought up in Montreal his parents encouraged vigorous debate around the dinner table - indeed it was his mother's interest in the psychology of language and linguistics that sparked his own.

He says "I appreciate what my parents did for me beyond words. Not in making me what I am, but in my view of what's important in life, what I think about and cherish."