BBC One
Andy Murray: The Man Behind the Racquet
Main content 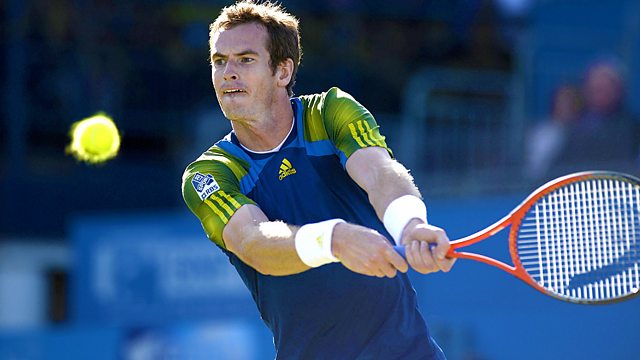 Andy Murray: The Man Behind the Racquet

Documentary following tennis star Andy Murray, a US Open, Wimbledon and Olympic champion, revealing just what it takes, on and off the court, to be a global sports icon.

Documentary following tennis star Andy Murray, a US Open, Olympic and now Wimbledon champion, revealing just what it takes to be a global sports icon.

The programme looks at Murray's life off the court, filled with a comprehensive list of commitments and responsibilities, including fashion shoots and charity and media work. Cameras follow the Scot as he takes an open-top bus ride in his home town of Dunblane, does Pilates in Miami, takes ice baths in Monte Carlo and undergoes rehabilitation for an injury in Surrey.

A private and shy man, Murray won the hearts of many with his raw emotion on the court, but in 2012 he earned a place in history by winning the US Open, becoming Britain's first male Grand Slam champion in 76 years, and followed that up with a monumental victory at Wimbledon.