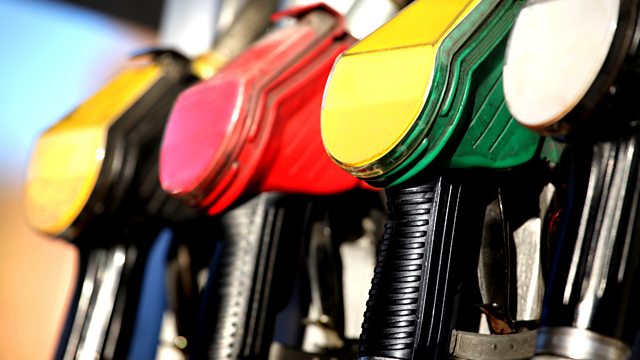 Whatever happened to biofuels?

Gaia Vince takes to the water of Strangford Lough in Northern Ireland to see an experiment in growing algae that can be turned into fuel. And could bacteria produce petrol?

Whatever happened to biofuels? They were seen as the replacement for fossil fuels until it was realised they were being grown on land that should have been used for food crops. But now there is serious research into new ways of producing biofuels, from waste materials, from algae and from bacteria.

Gaia Vince takes to the water of Strangford Lough in Northern Ireland where Professor Matthew Dring and Dr Karen Mooney from Queens University, Belfast, are experimenting in growing algae that could be turned into fuel. She visits Professor Alison Smith's algae lab at Cambridge University. Graham Ellis from Solazyme in California explains how his company has already made fuel from algae that has been sold at the pumps and powered a plane, in a mixture with conventional fuel. And Professor Nick Turner at Manchester University and Professor John Love at Exeter University talk about how they are manipulating bacteria to make diesel.