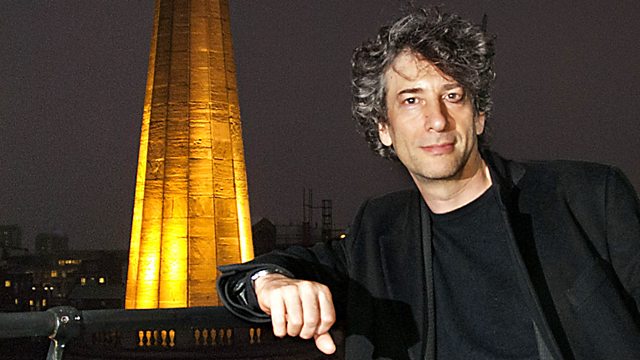 Neil Gaiman talks to Mariella Frostrup about his hugely popular novels for children and adults alike, from Coraline and Neverwhere to his latest The Ocean at the End of the Lane.

Neil Gaiman talks to Mariella Frostrup about his hugely popular Science fiction/ fantasy works for both adults and children alike and why he continues to be inspired by the thing lurking just out of sight in the shadows.

Author of the successful Coraline, The Graveyard Book and American Gods, Gaiman is a prolific writer and this year is no exception - so far he's published Chu's Day for younger readers, had Neverwhere, his novel set in the dark and dirty world of London Below, adapted on Radio 4 and Radio 4 Extra, seen his second episode of Dr Who, Nightmare in Silver aired, published the book of a keynote speech he made in the US and edited a selection of short stories called Unnatural Creatures.

September sees publication of another children's title Fortunately the Milk, a fast paced story with a dinosaur who has invented a floaty ball person carrier (a hot air balloon), sparkly coloured ponies, vampires, pirates and globby green aliens and he has just published his first adult novel in eight years, The Ocean at the end of the Lane.

Evie Wyld on her latest novel All the Birds, Singing