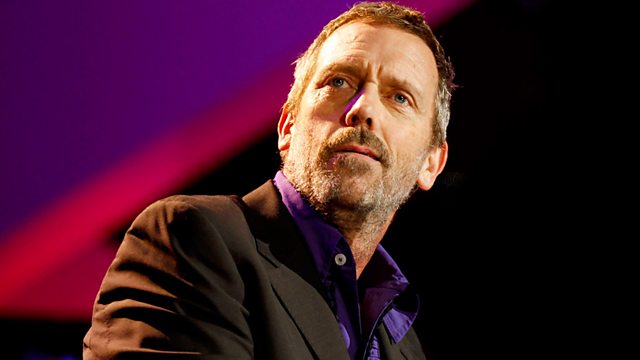 Hugh Laurie, actor and musician, is interviewed by Kirsty Young.

If life were straightforward he'd be marooned on the island because of his achievements as an Olympic rower. But his early promise on the water was scuppered by a bout of glandular fever - so he's had to make do instead with life as a worldwide entertainment superstar.

Very British comedy, very big budget movies, very successful syndicated TV drama - his 30 year career has taken him from A Little Bit of Fry & Laurie to a big bit of broadcasting history: his role in the U.S. show House ran for 8 series and had a global audience of 81 million. So why now does he feel the need to risk his stellar reputation by making music too?

He says, "as soon as I acknowledge to myself that something is frightening and carries the risk of public humiliation I feel like I have to do it."