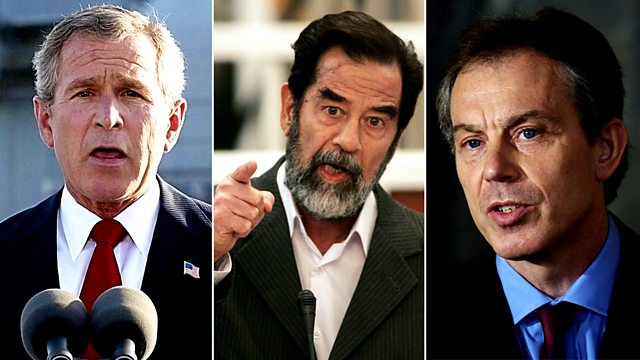 The Iraq War
Episode 3 of 3

The biggest players of the war in Iraq reveal the inside story. The final episode tells how the war ended and brings the Iraq story up to date.

The last episode in this three-part series brings the Iraq story up to date. Tony Blair and Dick Cheney describe how they responded as horrific sectarian violence overtook Iraq. Foreign Secretary Jack Straw tells how he and Condoleeza Rice compelled Iraq's prime minister to resign. Other key insiders reveal how they selected and supported his replacement.

With an exclusive interview with controversial Iraqi Prime Minister Nouri Maliki, the programme tells how the war ended and why Iraq today faces the worst sectarian violence in five years.

See all episodes from The Iraq War