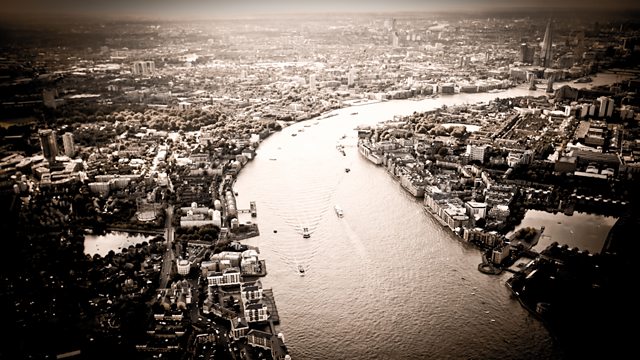 In Nick Perry's dark vision of the future, the River Thames has become a border separating the crime-free police state of North London from the lawless slum land of the South.

In the future, London is divided in two. North of the river is a virtual police state and the South is a lawless no-go area ruled by criminal gangs. When the body of young boy washes up on the banks of the Thames, a police detective crosses the dangerous divide in the search for his killers.

The adjective Ballardian refers to the writer JG Ballard's fearful imaginings of what the near future might be like. Even though the master creator of dystopian futures died four years ago, his vision of what our future might become feels as relevant, satirical and as scary as ever. Radio 4's Dangerous Visions is a season of dramas that explore contemporary takes on future dystopias. Dramatisations of Ballard's seminal works, Drowned World and Concrete Island, straddle the season, and we have asked five leading radio writers - Nick Perry, Ed Harris, Michael Symmonds Roberts, Michael Butt and Philip Palmer - to imagine what life might be like in the near future if everything goes wrong - and their Dangerous Visions form the bedrock of the series: clever, imaginative and disturbing takes on just what might happen. What happens if sleep is outlawed? If cloning becomes a matter of course, and your loved ones are capable of being cloned? If North London declares UDI on South London, which has become a wasteland? If human sacrifice becomes a part of society? We are also running a 5-part dramatisation of Jane Roger's award winning terrifying novel The Testament of Jessie Lamb, dramatised by the author. Dangerous Visions - you will be disturbed as you see the present reflected in the glass of an uneasy future.