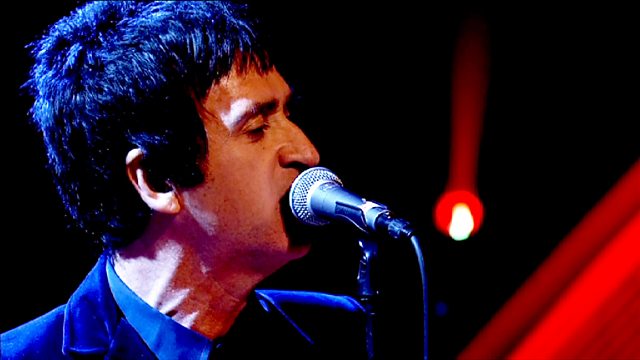 Jools is joined for the final show by Caro Emerald, Bonnie Raitt, Johnny Marr, Disclosure and Noah and the Whale. Plus Shane Meadows talks about his documentary Made of Stone.

Joining Jools for the final show of the series is Dutch jazz songstress Caro Emerald, who performs numbers from her chart-conquering second LP The Shocking Miss Emerald, which saw her triumphantly claim her first number one spot in the UK.

Iconic US blueswoman and 10-time-Grammy award winner Bonnie Raitt returns with songs from her illustrious 19th studio album Slipstream, her first following a seven-year hiatus from the spotlight.

Thirty years since cementing his status as legendary guitarist with The Smiths, Manchester's veteran guitar hero Johnny Marr returns to the show with his new band to perform songs from his first-ever solo LP The Messenger.

Trailblazing, dance floor-reigning Surrey brothers Guy and Howard Lawrence aka Disclosure make their debut on the show with songs from their much anticipated debut album Settle, joined by special guest vocalists Jessie Ware and Sam Smith.

Twickenham's sharp-suited folk-pop storytellers Noah and the Whale return to the show with songs from their recent Heart of Nowhere LP.

Plus, acclaimed British filmmaker Shane Meadows chats to Jools about his forthcoming documentary Made of Stone, which follows the 2012 reunion of seminal Madchester band The Stone Roses.