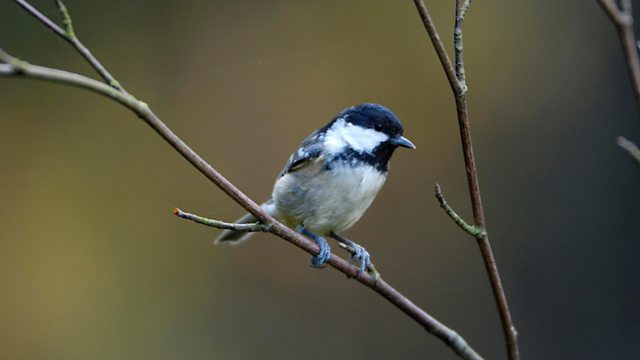 Steve Backshall presents the story and sound of the coal tit.

Tweet of the Day is a series of fascinating stories about our British birds inspired by their calls and songs. Steve Backshall presents the coal tit.

Coal tits often visit our bird-tables but don't hang around. They dart off with food to hide it in crevices and crannies. What the bird is doing is hiding or cache-ing food to be eaten later. Coal tits are smaller than their relatives and have lower fat reserves, so they store food to compensate for any future shortages. In the winter they store seeds and in summer they will hide small insects.