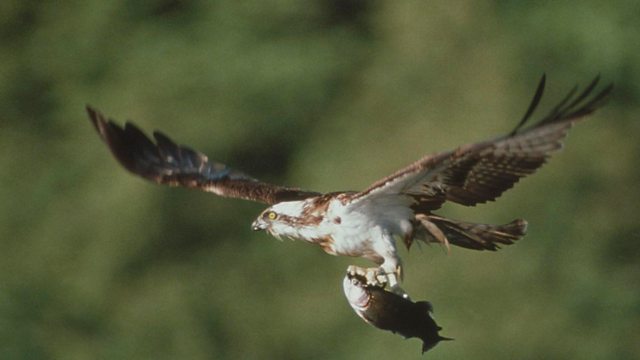 Steve Backshall presents the story and sound of the osprey.

Steve Backshall presents the osprey. Ospreys are fish-eaters and the sight of one of these majestic birds plunging feet first to catch its prey is a sight to cherish. The return of the ospreys is one of the great UK conservation stories. After extinction through egg-collecting and shooting in the 19th and early 20th centuries, birds returned in the 1950s and have responded well to protection.