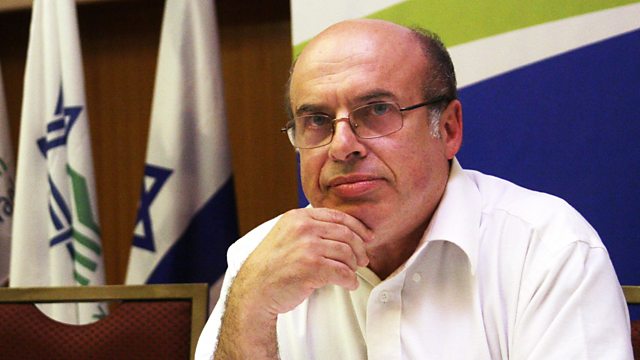 Israelis of Russian origin make up a sixth of Israel's population. Dennis Marks examines their social, political and cultural impact on their adopted country.

In Israel today, one sixth of the population is Russian. They are a nation within a nation and the second most powerful minority in the country. Many arrived as a result of the Soviet Union's perestroika, and as many as one-third of them may not even be Jewish.

In this programme - recorded in Tel Aviv, Jerusalem and Ashdod - writer and broadcaster Dennis Marks explores the life of the 1.2 million Israelis of Russian origin.

They brought with them Russian supermarkets and small businesses, vodka and pork sausages. As recent Israeli elections have proved, they have also transformed the country's political fabric, with their own political parties and leaders like the former dissident Natan Sharansky. Their contribution to education, technology and the arts plays alongside their enjoyment of a very lively night life.

Dennis Marks examines the consequences of this transformation and the conflicts it has provoked. He hears how, in some schools and universities, Hebrew is giving way to the Russian language and the Cyrillic script.

He interviews businessmen, students, journalists and politicians, and the native-born Israeli sabras they live amongst. He visits clubs, social and family events, and witnesses the impact that Russian Israelis are having on the culture of their new home. He hears of Russian/Israeli weddings which rabbis have refused to solemnise, because the bride cannot prove that she has a Jewish mother. Above all, he learns how Russian Israelis are altering the social and ethnic balance of the nation.