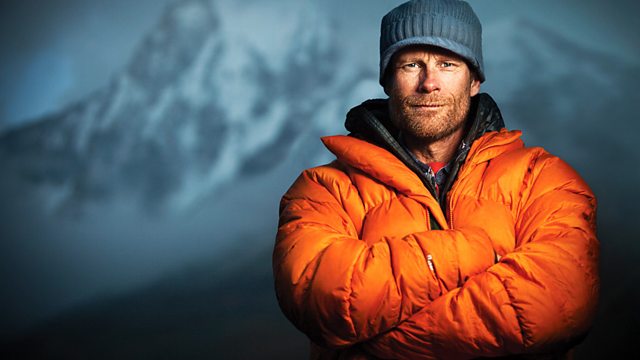 Kirsty Young's castaway this week is the mountaineer Conrad Anker.

Some of us choose a life in I.T. or event planning - Conrad Anker has opted to swing from a nylon stepladder 19,000 feet up a cliff with a dose of trench foot and a wedge of stale cheese for supper. It may seem an odd way to spend one's life but it's his way.

One of the world's elite climbers he's credited with a long list of first time ascents. He's also summited Everest three times. During one renowned climb he discovered the icy corpse of the legendary George Mallory who had perished along with Sandy Irvine as they tried to scale the peak - in nothing more than hobnail boots and tweeds - in 1924.

When he isn't exploring the far corners of the world's wilderness he's at home in Montana with his wife Jennifer, the widow of his best friend Alex Lowe, who was killed by an avalanche that narrowly missed Conrad himself.

He says of his life, "Most people are so risk averse. The world is full of couch potatoes ... we climbers should get government stipends for keeping the risk-taking gene pool alive."