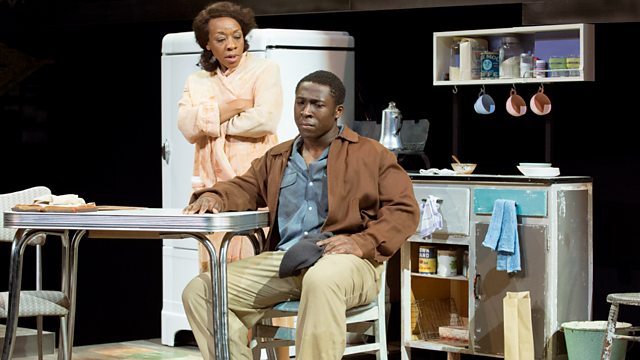 With Matthew Sweet. Including a review of the play The Amen Corner, a debate on conspiracy theories, novelist Rachel Kushner and John Gallagher on 16th-century disguise.

With Matthew Sweet. Including a first night review of the National Theatre's revival of James Baldwin's drama The Amen Corner. It stars Marianne Jean-Baptiste as the uncompromising pastor of a Harlem church. Susannah Clapp and Lindsay Johns review.

After urgent questions were asked in the House of Commons about the Bilderberg Conference, a meeting of international government ministers and global corporate leaders which took place in Watford over the weekend, Matthew Sweet asks whether conspiracy theories are the sign of a decayed or thriving democracy. Professor Sir Richard Evans, David Aaronovitch and Eliane Glaser are Matthew's guests.

John Gallagher is one of Radio 3 's New Generation Thinkers. Tonight he meditates on the pleasures and pitfalls of disguise for the sixteenth century traveller.

Matthew interviews Rachel Kushner whose latest novel, The Flamethrowers is about the art and radicalism of the 1970's.

Much Ado About Nothing, Sweet Bird of Youth, Education

The Flamethrowers written by Rachel Kushner is published by Harvill Secker.

The Amen Corner is on at the National Theatre, London from Wednesday 12 June until Wednesday 14 August 2013.