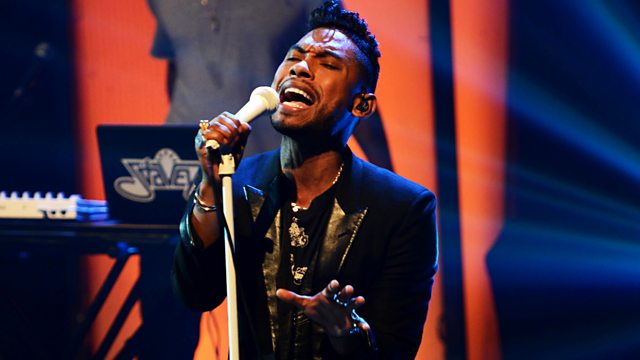 Jools is joined in the Later studio by Liam Gallagher's post-Oasis rock quintet, Beady Eye, who make their second appearance on the show with material from their widely anticipated, forthcoming sophomore LP Be.

Named by Time magazine as one of the 'Most Influential People of 2013', Los Angeles' Grammy-nominated, fast-rising R&B sensation and ultra-slick style icon Miguel makes his TV debut with a couple of tracks from his Kaleidoscope Dream album.

British synth-pop pioneers OMD, who this year mark their 35th anniversary, make their Later debut. They will perform new material from their 12th studio LP English Electric and a classic number from their celebrated back catalogue.