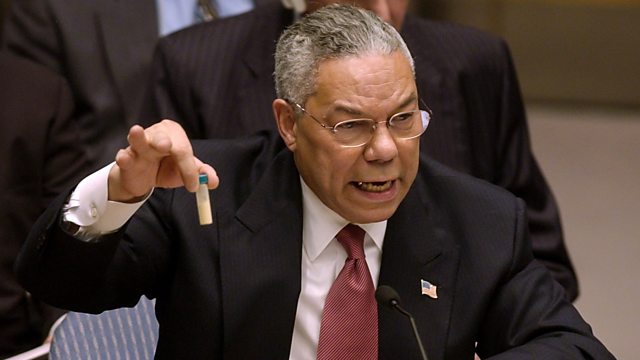 The Iraq War
Episode 1 of 3

The biggest players of the war in Iraq reveal the inside story. This episode investigates how the US and Britain became convinced that Saddam possessed WMDs.

The people at the top of the CIA and Saddam's foreign minister describe just how the US and Britain got it so wrong about Saddam's weapons of mass destruction before the invasion.

Tony Blair recounts how he flew to President Bush's private retreat at Camp David to go head to head with Vice President Dick Cheney. Colin Powell explains how he came to make his disastrous presentation to the United Nations. Foreign Secretary Jack Straw describes how he - and even President Bush himself - tried to persuade Tony Blair that to join in the invasion was political suicide.

See all episodes from The Iraq War