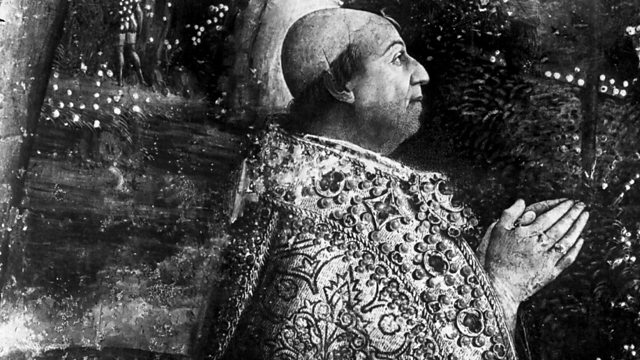 Juan's arrogance causes mayhem, and Cesare tries to comfort his sister as her marriage is annulled. Story of Italian Renaissance's most infamous family, read by Robert Glenister.

Acclaimed novelist of the Italian Renaissance, Sarah Dunant, takes on the era's most infamous family - the Borgias.

The story of the Borgia Pope is not long - Roderigo Borgia, Alexander VI, was the Head of the Church for barely a decade - but an enormous amount of activity, social, political and sexual, was crammed into that period.

Our abridgement began last week in August 1492 when Roderigo Borgia won his campaign to become Pope. This week, we move on to the next four years of his reign. The problems seeded in the first year are blossoming into crises at every turn, as Italy explodes into war against the invading French. Rising above this challenge through a series of canny political manoeuvres, Alexander proves less able in his ability to control his children.