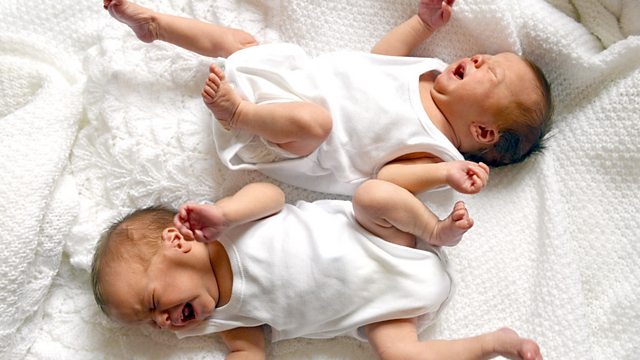 A&E, and the chances of having twins

Tim Harford explores the world of official statistics, and what are the chances of having multiple sets of twins?

The news has been awash with headlines about the crisis in A&E departments. More people are using emergency care services and more people are waiting to be treated. We take a look behind the headlines.

Hunting for official statistics
MPs have criticised the way official statistics are published. They say it is hard for both experts and members of the public to make the most of all the statistical information supplied by the Office for National Statistics- the producers of the nation's economic and population data. Tim Harford sits down with Evan Davies to explore the their website. We hear their frustrations and examine how the numbers are used. Not only is it hard to find data, but Chris Giles from the Financial Times explains the problems with reporting data without sufficient context and explanation, leading to poor reporting in the press. We hear from Laura Dewis from the ONS.

Twins
What are the chances of a woman having three sets of non-identical twins? It has been reported that it is 1 in 500,000 chance. But is that true? We work out the probability.

Naked Statistics
Tim Harford interviews the author of the new book Naked Statistics: Stripping the Dread From the Data. Charles Wheelan, a former Economist correspondent and professor at Dartmouth College in the US, has created an accessible primer for number-crunching: stripping away the complexity and making statistics comprehensible. He gives Tim some statistical tips for parenting.

Men think about sex every seven seconds
This urban myth has been repeated time and again in songs, articles and advertising. But where did it come from? And could it possibly be true? Not to mention- how do men compare to women? More or Less charts the use of the saying, and tests its veracity.
We speak to Professor Terri Fisher, professor of psychology, The Ohio State University at Mansfield in the US.

The maths of spies and terrorists

What price the life of a badger?

Double treble: What's the chance of having three sets of twins?

Last month Karen Rodger, 41, from Renfrewshire in the UK, gave birth to a third set of non-identical twins. Doctors said the chance was 500,000 to one

But how accurate is this estimate?