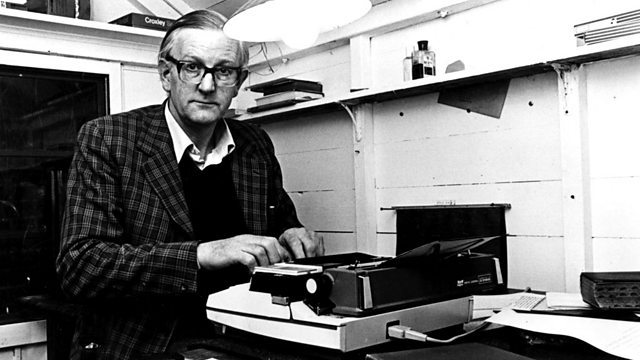 A novelist, a botanist, a TV writer, a missionary and a composer

The writer Tom Sharpe, best known for his comic novels like Wilt and Porterhouse Blue.

The Kew Gardens botanist Nigel Hepper who foresaw the effects of global warming decades before anyone else.

The leading French classical composer, Henri Dutillieux. A man who believed in the magic of music.

And Molly Clutton-Brock, a British missionary who set up ground-breaking clinics to help disadvantaged children in former Rhodesia.

An actor, a child behavioural researcher, a French singer-songwriter, a chemist, a lighthouse keeper and a bass player

A novelist, a racehorse trainer, a swimmer and film star, a key figure in the Warsaw Pact and 'the fastest granny on water'

Mark spoke to his friend, the critic Peter Preston and to John Sutherland, Professor of literature at UCL.

Mark spoke to her daughter Salley Rusinik and to her friends and colleagues Margaret and Daniel Chiwandamira.

Last Word spoke to the presenter of Essential Classics on Radio 3, Rob Cowan.

Mark spoke to her friend Jill Hyem, with whom she co-wrote the famous WW2 series Tenko.