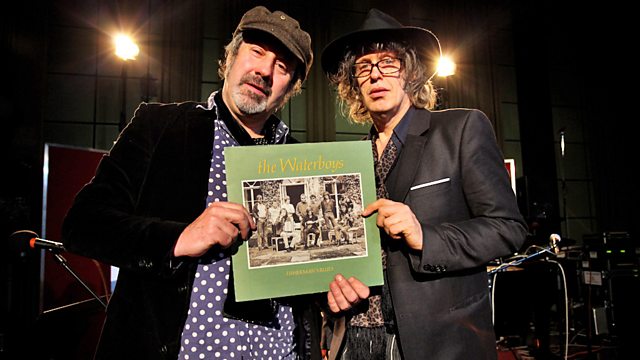 Mike Scott and Steve Wickham of the Waterboys (the A-Side)

Mike and Steve talk to John about Fisherman's Blues, the fourth Waterboys album from 1988. From June 2013.

John Wilson continues with the series in which he talks to leading performers and songwriters about the album that made them or changed them. Recorded in front of a live audience at the BBC's iconic Maida Vale Studios. Each edition includes two episodes, with John initially quizzing the artist about the album in question, and then, in the B-side, the audience puts the questions. Both editions feature exclusive live performances.

Programme 2, A-side. "Fisherman's Blues" - Twenty five years after it was first released, Mike Scott and Steve Wickham return to the album that marked a distinct change in the sound of their group The Waterboys. Featuring the ominous 'We Will Not Be Lovers', the otherworldly 'When Ye Go Away' and the much covered title track (including Hip Hop, torch song and Japanese punk versions), "Fisherman's Blues" only came about when Scots-born Mike went to stay with fiddler Steve Wickham in Dublin for a week in 1986 and ended up living in Ireland. Two years and well over 100 songs later, the album marks the band's musical journey from rock to roots, with electric guitar and sax being replaced by mandolin and fiddle. An album that mixes rock and roll with Celtic folk, a love of literature with spirituality and the British poetic tradition with punk's DIY ethic. The programme also features live performances of music from the album.