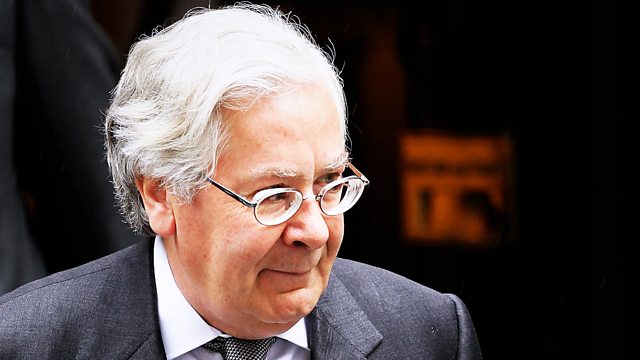 Sir Mervyn King, outgoing governor of the Bank of England, is interviewed by Kirsty Young.

Kirsty Young's castaway this week is the out-going Governor of the Bank of England, Sir Mervyn King.

He has been in charge during a period of unprecedented global financial turmoil yet under his leadership the Bank of England has emerged as one of the world's most powerful central banks. He may have grown used to the pink tails coats and top hats of his attendants in Threadneedle Street but his background was far from privileged. His father worked on the railways and then became a teacher; his mother was a housewife and sang in the church choir. Their son studied hard and gained a top first at Cambridge before going on to teach at MIT and the London School of Economics.

Throughout his demanding public life he has been sustained by his twin passions for cricket and Aston Villa football club. His other great love appears to have been an intriguingly slow burn: he first met Barbara, the woman who would become his wife, in 1970 - they married in 2007.

He says, "Being the Governor of the Bank of England is actually the easiest job I've ever done; you're in charge & you've got tremendous support."