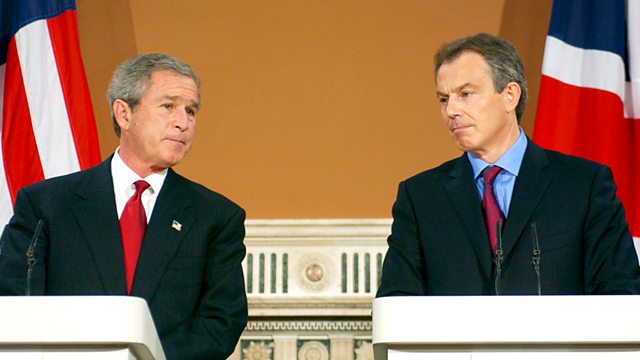 Presented by Philip Dodd. With video artist Bill Viola on his new show, a discussion about the play A Satire of the Three Estates and Norma Percy on her Iraq war documentary.

Internationally renowned video artist Bill Viola has been described as the "Rembrandt of the video age". Philip Dodd talks to Bill about his latest show: nine major new works in a museum-scale exhibition in London.

One of the most radical plays in Scottish literature is performed in its complete form for the first time in 500 years. Philip Dodd discusses A Satire of the Three Estates with Professor Greg Walker, who has restored the text, and theatre critic Joyce McMillan. We ask what is the play's relevance to Scottish identity today?

Award-winning documentary maker Norma Percy discusses her latest series on the Iraq war, which features accounts by key decision makers including Dick Cheney and Tony Blair. She explains why her style of programme making doesn't allow contributors to rewrite history, and why she's still chasing one crucial last interviewee.

And Jules Evans, one of Radio 3's New Generation Thinkers this year, reflects on the rivalry between those who think philosophy is best confined to the ivory tower and those who believe it should be practised in the market place.

Frustrated Actions and Futile Gestures by Bill Viola is on at Blain Southern, London until 27th July.

Image Courtesy of the Artist and Blain|Southern

The Iraq War produced by Norma Percy is on BBC 2 Wednesday at 9pm.

A Satire of the Three Estates

A Satire of the Three Estates directed by Gregory Thompson, is on at various locations across Scotland until 14th June.