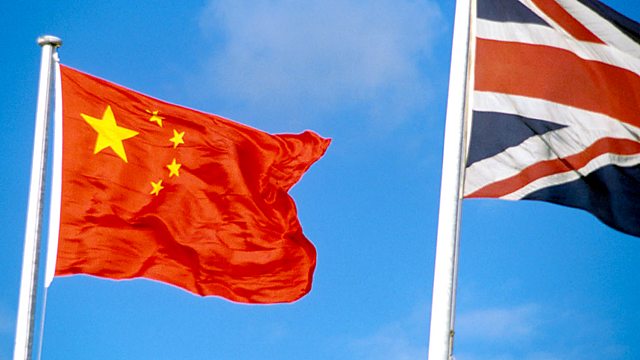 Presented by Rana Mitter. With a debate on Britain's future with China, the state of freedom of speech in India and New Generation Thinker Alice Hall on disability and the arts.

What will China's economy look like in ten years' time? How does our relationship with China need to change in that context and do we understand the scale of the challenge and of the opportunities that China offers? Liam Byrne MP is Labour's shadow Secretary of State for Work and Pensions but he is also a passionate advocate for stronger relations with China. He joins Rana and Linda Yueh Chief Business Correspondent for the BBC, and Fellow in Economics at Oxford University, to discuss our future with China.

India, famously, is the world's biggest democracy. But in recent years India-watchers have noted a worrying drift away from freedom of speech as local authorities use all the powers at their disposal to shut the mouths of people saying things they don't want to hear. Rana discusses the situation with the former Attorney General of India Soli Sorabjee, retired senior police and intelligence officer Vappala Balachandran, human rights campaigner Flavia Agnes and historian Tim Garton Ash.

And "Forget everything you thought you knew about humans.Meet the superhumans". So ran the adverts for Channel 4's coverage of last summer's Paralympics. But how helpful is the label 'superhuman' if we want to understand the real problems faced by disabled people today? That's the theme for tonight's column by New Generation Thinker Alice Hall.

That's all in Night Waves with Rana Mitter here on BBC Radio 3 at 10 o'clock this evening.

Turning to Face the East written by Liam Byrne is published on Thursday 6 June 2013 by Guardian Books.

China's Growth: The Making of an Economic Superpower written by Linda Yueh is published by OUP Oxford.