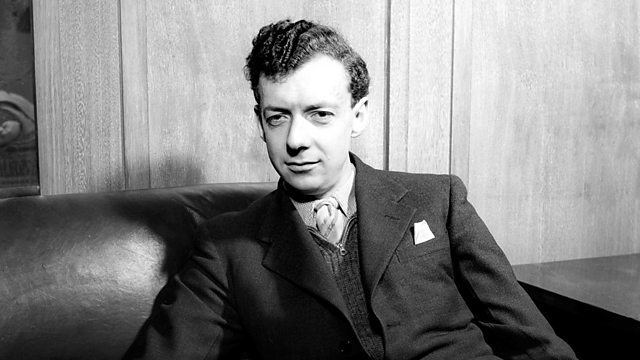 Katie Derham presents a week celebrating Benjamin Britten in his centenary year, and launches a month-long Afternoon on 3 series of British symphonies. There are contributions across the week by BBC orchestras from every country in the UK, as well as the BBC Singers.

Across the week there's a particular focus on Britten's works for solo instruments and orchestra, including three of them alongside his popular Simple Symphony in a live concert by the Ulster Orchestra tomorrow. The Thursday Opera Matinee is Britten's rarely heard American operetta Paul Bunyan. The week's British symphonists include Grace Williams, Malcolm Arnold, Michael Tippett and John McCabe...

... and, to start the week, Britten himself. The BBC Scottish Symphony Orchestra play his Sinfonia da Requiem, alongside music by Rachmaninov, Osvaldo Golijov and Britten's friend Shostakovich. Then the BBC National Orchestra of Wales perform a concerto by the teenage Britten, and an early British symphony by Samuel Sebastian Wesley.