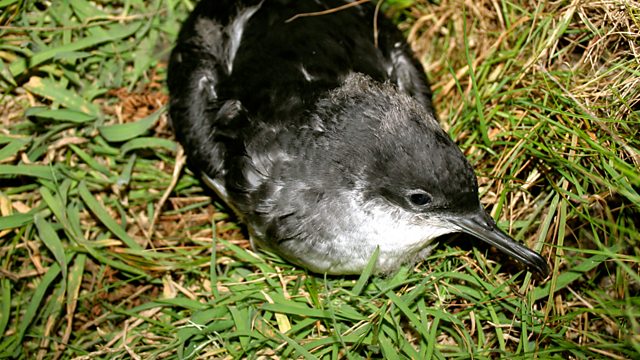 The Manx Shearwater - Miranda Krestovnikoff narrates the story of this bird and its sound.

Miranda Krestovnikoff presents the Manx Shearwater. Around 90% of the world's Manx Shearwaters breed around our coasts, most on remote islands such as Skomer, Skokholm and Rum. The steep-sided mountains of Rum hold the largest colony in the world, and the grassy mountainsides are riddled in places with their nest burrows.